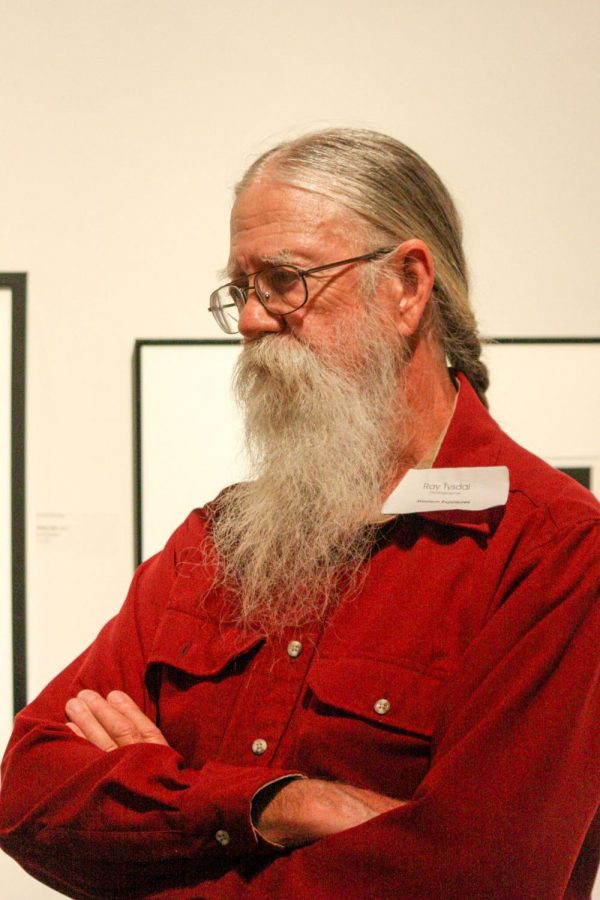 RAPID CITY – An enthusiastic buzz filled the air as regional photographers visited, teased and shared with each other at the Western Exposures III: 20th Anniversary exhibit opening. The event took place at the Dahl Arts Center in Rapid City, SD. on Sept. 15.

Over 30 talented photographers from the western South Dakota region were invited to participate in the exhibit, which highlights the diversity of photography. One-third of the exhibit features students, alumni and faculty of Black Hills State University.

“The goal is to take over the whole building five years from now, so thank you again artists, and all of you who make this region known for great photography,” Babbitt said.  This was the third and largest Western Exposures photography exhibit since it began 20 years ago, in 1996.

The show features professional photographers such as Rapid City local, Ray Tysdale.  Describing his work Tysdale said,  “I’m trying to interpret what I find after I take a picture. The picture is just the raw material.”

“I am honored to be included in such a wonderful exhibit by so many great photographers.”  Many works from current BHSU students and graduates including Caleb Munger, Jeannie Larson, Seth Harwood, Mason Moir, Jesse Brown Nelson and Madison Hand are part of the fascinating exhibit.